On Tuesday morning, the year 6 girls went on an awesome trip to Wychwood school, Harlequins’ rugby grounds. We got split up into one team each with roughly twelve players. Then, that team got slit into two and now we had six players. This was a chance to make new friends. First, we learnt the basics of rugby. Then, we learnt how to attack and defend. After lunch [hot dogs and juice!], we played one tournament which was really fun. After the tournament, two professional rugby players gave out awards. Three of those awards were given to our class.

The two best players of the match were given to Julia and Joanna.

The most improved went to Ivy.

Here are some quotes from some players:

Rodaina: I liked playing tag rugby because it is very fun and makes you happy.

Romola: I liked that we learnt how to play tag rugby and work as a team.

Chloe: We did a mini tournament with new friends. 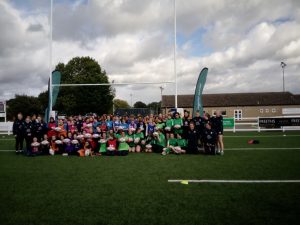 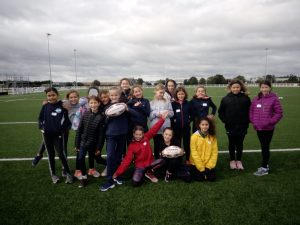 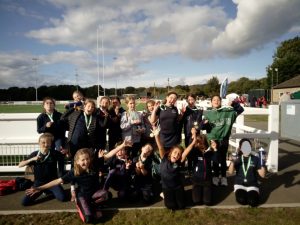