Congratulations year 6 on a fantastic collective effort during the team building day on Wednesday. The day consisted of the children working in teams of 11 or 12 to complete a variety of challenges which encouraged them to collaborate to complete the task to the best of their ability, earning them points. At the end of each activity, they reflected on how they had worked together, scoring themselves on their thinking time, talking and listening, ability to be friendly and helpful, effort and completion of the task. They would then move on to attempt another challenge.

Some of the activities they worked through included: making 4 equal triangles with 6 poles; guiding a ball through a maze without it going down a hole, walking together on planks of wood and lowering a pole (much more difficult than it sounds….).  In the afternoon, the children had some final competitive activities – one of which was making the longest line possible using your teammates and anything else you could legitimately lay claim to – before crowning the winning team.

Well done to team Soviet Union (they chose their own team names!) who came first overall. Everyone in year 6 should take pride in their learning during the day. They had fun, worked through any problems or frustrations, encouraged one another and celebrated each other’s achievements – as an added bonus we all managed to miss most of the rain! 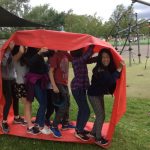 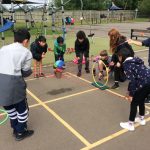 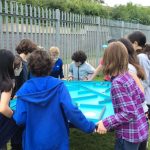 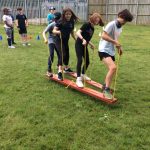 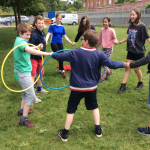